Demurrage and
why it’s important

Demurrage is the term used to describe the late-charge or levy placed by the owner of a piece of cargo equipment when the user fails to return it on or before the agreed date. The term also applies to vacating cargo from terminals on time, but for the purposes of this paper, it will refer to the previous definition.

The early days of air cargo did not involve containerization – all cargo was handled in bulk. ULDs were introduced with the advent of wide-bodied aircraft in the early 1970s. Since then, ULD have become indispensable to the efficient movement of air cargo and baggage around the world with a current estimated global fleet of 900,000 units1.

As ULD usage grew, it quickly became apparent that transferring these assets between airlines was inevitable. At that time, a number of airlines formed a special interest group under IATA to develop a set of rules for the exchange of ULDs in the course of cargo interlining. This group put together a set of rules, the “ULD Control Manual,” and subsequently created the necessary IT system running on the IATA mainframe in Montréal. This system provided the airline industry with a way to record interline transfers and calculate the demurrage when units were returned beyond the five-day free period. It is called the Interline Unit Load Device User Group (IULDUG).

The practice of airlines providing ULDs to freight forwarders and even shippers to build up or break down cargo consignments (known variously by terms such a pre-pack, shipper pack, shipper loaded, etc.) has gained popularity over the past 50 years. While in certain countries this activity is restricted due to customs and security regulations, in many other locations this practice is widespread with large numbers of ULD being moved off airport to shipper facilities. In some locations, a ULD may travel hundreds of kilometers before reaching a final breakdown location. While there are established practices for charging demurrage in the transfer and return of ULDs between airlines (interline), late pick-up of import cargo at terminals, or with specialty temperature-controlled equipment, demurrage charges did not follow the retention of standard ULDs off-airport.

There has always existed a means of tracking and transferring ULD between parties, which is the IATA ULD Control Receipt (Recommended Practice RP1654). This standard document contains the wording :

“Receiving Party shall be liable for demurrage if the ULD is held in excess of the time specified in the applicable tariff.” 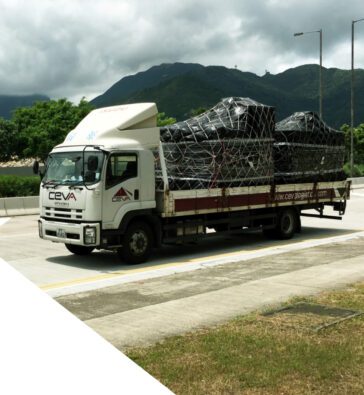 “Demurrage charges may be levied, subject to provisions in applicable tariffs of the airline or ULD owner, against a party that retains a ULD for an excessive period of time. The charge is designed to encourage prompt return of ULDs rather than generate revenue.”

In spite of the inclusion of this wording multiple IATA documents and manuals, the airline industry as a whole never set in place the practice of charging non-airline parties. There have been a small number of individual airline initiatives to introduce such a discipline. Unfortunately, without industry-wide endorsement, it will always be an uphill battle both to achieve internal management support and to establish a fair and efficient system to manage the process.

The transport of goods by any method will likely require the use of cargo handling or storage facilities at some point, or the use of a “unitization” device, e.g. 20-ft and 40-ft sea containers, rail cars, and aircraft ULDs. The release of these types of equipment to external parties, such as forwarders and shippers, for loading and unloading, significantly facilitates modern and efficient freight operations. This factor also greatly increases the risk to the owner that large numbers of equipment may be unavailable for other customers if the equipment isn’t returned on time.

Demurrage and detention are common-place in the ocean freight and rail industries. The practice has been endorsed by the US Federal Maritime Commission (FMC)2, the International Federation of Freight Forwarder Associations3 (FIATA) and the US Surface Transportation Board (STB)4.
The FMC and the STB have taken an active interest in the issue. Figures published by the STB show annual demurrage charges by the eight largest US rail operators amount to over US$500 million5. (Extracts from various industry publications in this regard can be found in Appendix 5 – Excerpts from various industry materials on the subject of demurrage.)

There are no such published figures for the maritime industry at present, although anecdotal evidence points to these charges being in the order of 5% of total turnover for the shipping lines.

In this context, air cargo ULDs are the only assets currently not being charged demurrage when it is standard practice in other transport modes, even though many shippers handle both sea and air equipment. 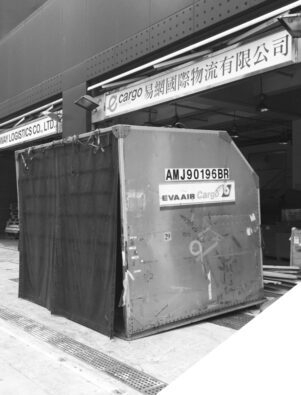 The Business Impact of Demurrage

As pointed out earlier in this paper, the use of demurrage is essential if freight assets are to be released back to their owner in a prompt manner and maximize utilization for the asset owner. The reality is that an airline cannot operate an efficient air cargo operation when 5 to 10% of their freight equipment assets are not available at any given point in time. Those assets must be returned on time or the entity delaying the return must repay the lost utilization through demurrage.

Looking at the US Railroad industry, again, the STB has been clear:6

The rail industry, and the United States Congress, have long recognized demurrage as a necessary mechanism to ensure a fluid rail network. Demurrage is a charge for extended use or detention of rail cars or containers on our lines beyond a specified amount of time generally referred to as free time. Demurrage applies to both railroads supplied and privately owned cars.

Demurrage compensates rail carriers and incentivize the prompt return of rail cars into the transportation network.

The charges have a long history within the rail industry and you’ll see them in other transportation sectors as well including trucking companies for terminals and steamship lines. In all cases the purpose is to further the efficient management of assets and promote a fluid transportation pipeline.7

Most, if not all, other industries engaged in freight transportation operate a system of penalties for the late return of equipment. The airline industry appears to be the only exception. 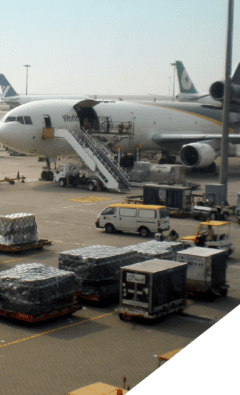 Value of demurrage to the air cargo industry

Across the different logistics industries, there are multiple endorsements of demurrage as a necessary tool to ensure availability of freight equipment, although an actual dollar value calculation is virtually impossible. 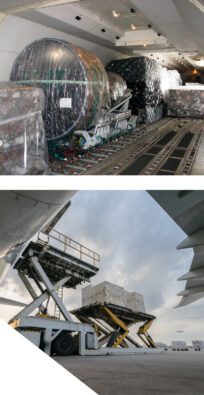 Indeed, utilization of ULDs is far greater than, for example, an 40-foot ocean freight container. Figures from sample airlines indicate that a single PMC pallet the most common type of ULD and the workhorse of the air cargo industry will move about 7 times a month, or close to 100 trips a year. Each of these trips generates revenue for its owner airline, the amounts varying according to the actual sectors flown.

Compare this to ocean freight equipment, on which demurrage is universally charged, where a typical container makes around 5 trips per year.

Comparing the revenue generating capacity of each of these pieces of equipment, it is clear that the air cargo pallet is a far more productive item and therefore more deserving of demurrage, not less.

Another metric of the value of demurrage to the air cargo industry is the number of shipsets an airline will provision for each load position on the aircraft. While numbers vary between airlines, they appear to range between 7-11 sets of pallets per pallet position. There are of course a number of factors driving this figure, but penalty-free retention of the equipment by third-parties is contributing to this inefficiency.

There is nothing unique about air cargo operations that somehow renders it ineligible for such charges. It is ULD CARE’s aspiration that in a perfect world no demurrage charges need to be applied however, late fees must be paid if the party holds the equipment longer than the agreed-upon free period.