New Year's wishes to all as we tiptoe into 2022 hoping positivity will win out over trepidation. Looking back on our first newsletter of 2021, we were so bold as to express a degree of optimism over a return to normal. It seems we spoke too soon as uncertainty and disruptions persist and that welcome return to normal appears far from imminent. On the other hand, we can somewhat safely say that the totally unexpected boom in cargo has been a silver lining for our particular segment of the airline industry.

We are fully mindful that everyone was under a great deal of pressure during the recent peak season, which is why we sent a much abbreviated year-end newsletter, carrying over news updates to this month. There is a great deal going on in the cargo industry and at ULD CARE these days, so let us bring you up to speed.

Unless you were living on a desert island you could not have missed the multiple stories of port congestion adversely impacting the ocean freight industry in recent months. Supply chain talk rapidly focused on container imbalance and repositioning. Air cargo operations have largely stayed out of the spotlight but nevertheless many of the same problems prevail, particularly concerning PMC pallet shortages as these vital assets pile up in cargo terminals and forwarders warehouses. While the surge in demand has produced a welcome increase in both tonnage and rates it has also highlighted longstanding operational fault lines when it comes to ULD operations. By addressing these issues, ULD CARE believes it can bring real change to the industry.

+ Upgrade of the IULDUG system

ULD CARE newsletter readers know that this has been an ongoing project for some time; the good news is that in 2021 we made considerable progress. Early in the year we completed the proof of concept project working in collaboration with SITA. Using a Blockchain platform, we replicated the current functions of the IULDUG system and proved it could perform exactly the same reporting and demurrage computation functions. We also demonstrated that the new system would be capable of handling non-airline organizations such as freight forwarders.

Upon completion of the project’s technical component we turned our attention to justifying the level of expenditure required to launch the new system. Our assessment takes into account that we are not simply replacing an existing system, but are expecting its expanded coverage to include the transfer of ULD to and from freight forwarders. This involved looking into other transport-related industries such as the ocean freight industry and the rail industry, as well as conducting a series of interviews with various parties in the cargo industry. We are not yet ready to publish our findings but they will certainly be a major highlight at the upcoming virtual conference in February. Click on the button to access the FIATA paper on demurrage and detention in the ocean shipping industry. 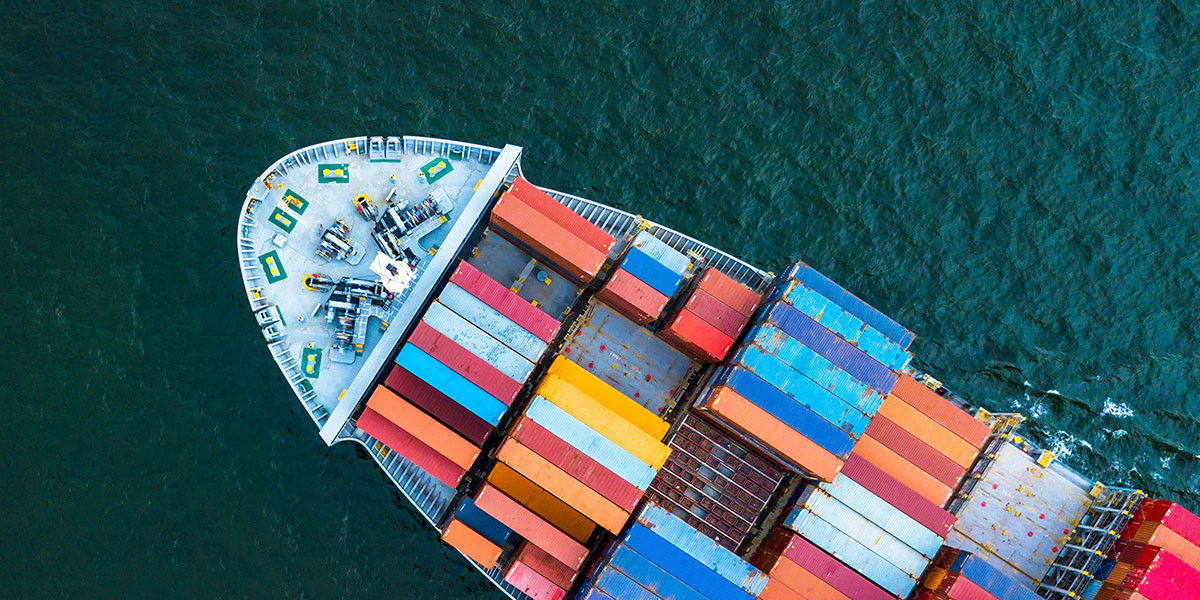 Running concurrently with the system upgrade project is the development of a paperless UCR. The UCR covered by IATA RP 1654 has been in use since the 1970’s, and while the actual data contained in the UCR has hardly changed in the intervening 50 years, it is clearly no longer workable to be using a paper and pencil method to record the transfer of ULD between parties. Working with a Hong Kong company, Virtual Control ULD CARE can now run the beta version of the app, which can record all the necessary data relating to a ULD transfer, including the capture of a signature on the device screen, and then transmitting an EDI MUC message along with a PDF file of the signed UCR. We are currently working through the process of upgrading the app from its beta version to a fully functional version that will become available in the coming months. 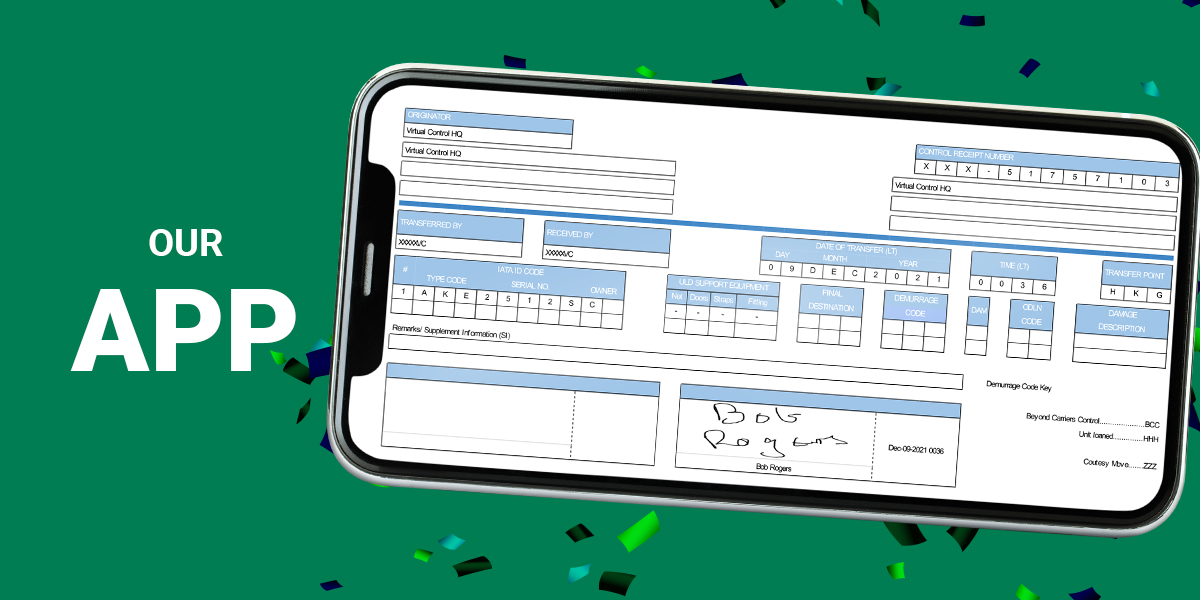 One does not have to look very closely at air cargo operations to find examples of waste, waste and more waste, and it is incumbent on the industry to take a close look at all of its processes to see what can be done to drive change. To be sure, very significant reductions have been realized in the tare weight of ULD over the years, resulting in significant fuel burn reduction. The ULD industry can take ample credit for this but we should not stop there with so much more that can be done, both in terms of the products themselves and in the manner the cargo operations involving ULD are conducted. ULD CARE intends to increase its focus in this area and do whatever it can to encourage projects by members that reduce waste and improve sustainability.

One easily identifiable area is the amount of waste caused by improper handling of ULD, resulting in ULD requiring repair or replacement. The underlying cause of much of this damage is a lack of training and awareness of the proper methods for ULD handling. Working with Airport College, ULD CARE has already undertaken some initiatives in this area, and we are very pleased to announce that this month the US FAA adopted the “Container Inspection in 60 Seconds” video into their in-house training program. This is an exciting step in the right direction. 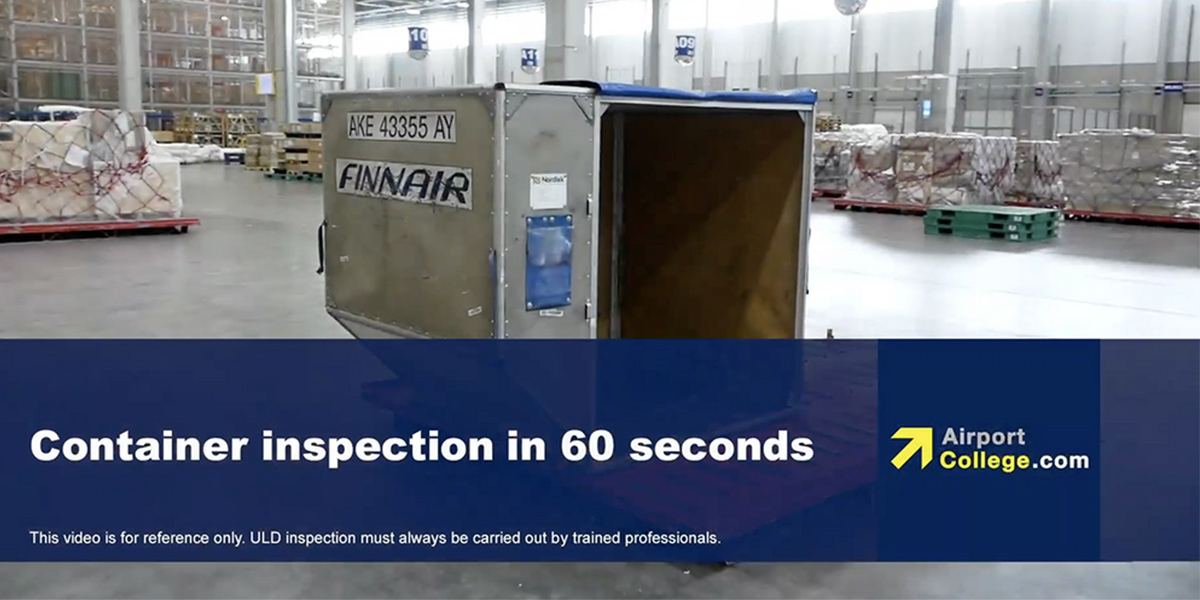 While on the topic of training, we continue to explore the opportunities Virtual Reality offers for training on various aspects of ULD operations. Please watch this space for news of further developments in this area.

Having postponed our planned virtual conference from last November into 2022, which in hindsight proved to be very sensible decision as everybody was extremely busy, we are now on track to hold this event on February 16th commencing at 1600 hours GMT. More information will be coming your way shortly. We look forward to seeing you there soon. 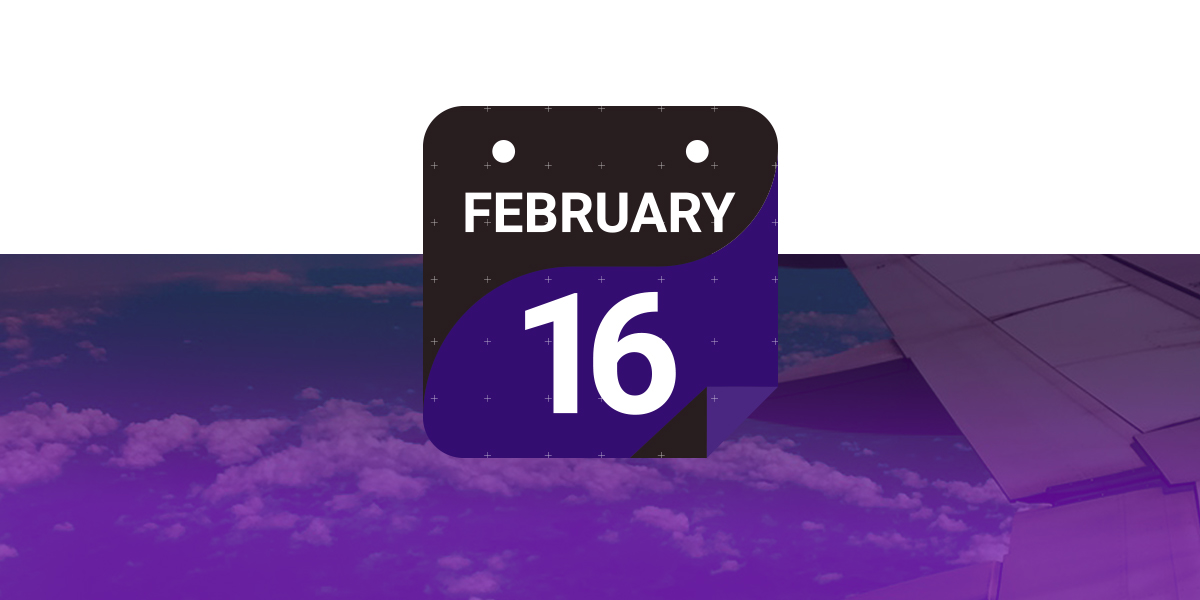