Unless you have been living on a desert island for the past six months, you will almost certainly have read – at least in the trade press and to a certain extent in the general press – about the challenges in ocean shipping with massive shipping container shortages causing all sorts of problems. While ULD has not earned the same headlines, there is no question that significant changes to freight traffic in the past 18 months have exposed severe weaknesses in the operational side of various transport activities. We can only hope that as a result of these problems, more attention will be paid to ULD in the coming years.

Most importantly, ULD CARE has not been standing still; indeed, our current theme is to be “Focused on the Future.” In this newsletter, we will provide an update on our work in upgrading the IULDUG system.

The origins of this project date back to over 10 years ago, but like so many initiatives, we found it difficult to make changes due to the existence of legacy systems and the absence of new technologies. Then, by a stroke of good luck, we came across blockchain, which at the time was more commonly associated with cryptocurrencies such as bitcoin, yet there were signs that this technology could also be applied to supply chain management. In fact, in a relatively short time, we were able to confirm that the ULD transfer of custody transactions processed by the IULDUG could exist quite nicely on a blockchain platform. 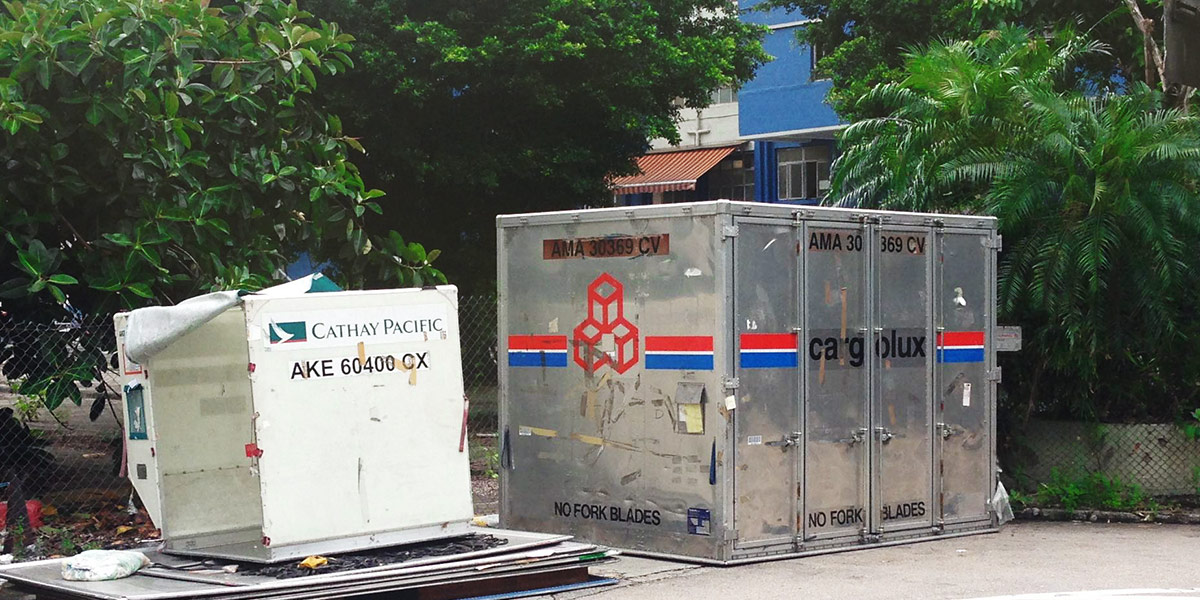 We are aware that with so many changes across the industry, understanding of the IULDUG system’s purpose has become somewhat diluted. In a nutshell, the system provides our airline members with the ability to track the transfer of ULD assets between one another, and, when the assets are not returned within the statutory five-day period, to charge each other demurrage according to rates previously agreed upon by the community. It would probably surprise many to learn that in 2019, our last “normal” year, the system registered slightly over 1 million USD of inter-airline demurrage receivables/payables. Without such a system and with no financial incentives to return equipment promptly, the practice of cargo interlining would become significantly less attractive.

For many years, it has been ULD CARE’s ambition to expand the system’s capacities to include transfers of ULD to 3rd parties such as freight forwarders. We know very well from many of our members that if they try to charge freight forwarders for slow return, they will receive a call from cargo sales demanding to know why they are bothering a customer. Aside from a couple of exceptions, most airlines seem to have given up on trying to collect any kind of penalty for late ULD return.

These new technologies can give us the key to unlock this unprofessional situation by offering a system that will provide a transparent, uncontroversial platform on which to record all transfers of ULD assets between any parties.

Now that ULD CARE is in something of a sweet spot and that we have a definite need and some appropriate technology, the challenge is to bring these two together. Two technologies stand out:

The first is blockchain. We have already carried out a proof of concept in collaboration with SITA and showed that it can function on the same level as the existing system, while also handling parties outside the airline community. We are fortunate to already have the existing IULDUG System as a foundation. Since we know which reports are most popular and which processes are most necessary, this is far simpler than trying to create a new product from scratch. Our challenge now is less about the technology and more about execution and financing. 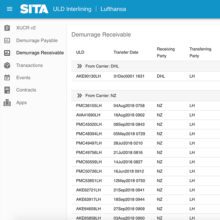 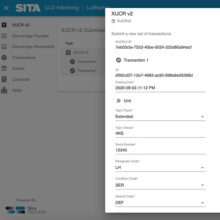 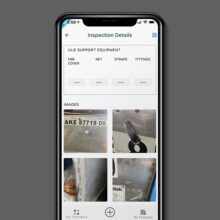 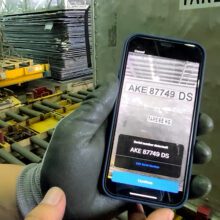 The second is the use of smart phone apps to create a digital UCR. The UCR is at the heart of each and every ULD custody transfer, and it still works as well today as it did when it was first implemented in the 1970s, except that… it is still paper based. These days, we probably sign for packages or payments many times a week. On-screen signing is becoming more common than signing on paper, and this is sure to become increasingly popular. Over the past 12 months, ULD CARE has worked with Hong Kong company Virtual Control to develop a smart phone-based app and we are delighted to announce that its beta version is now available on both iOS and Android devices. A short video demonstrating the product’s features can be viewed here. In the next few weeks, we will be communicating with all our airline members and providing them with the opportunity to try the apps out for themselves on their own phones.

Once we can successfully launch these two technologies, ULD CARE will have created a whole new environment for managing the custody of ULD assets. This will not only provide airlines with a far greater visibility of their off-airport equipment, but also allow them to collect penalty payments for late return, bearing in mind, of course, that the goal is not to generate revenue but rather to get the equipment back within a reasonable time frame.

For anyone who would like to read more about this project, see the highly detailed white paper on this subject here. 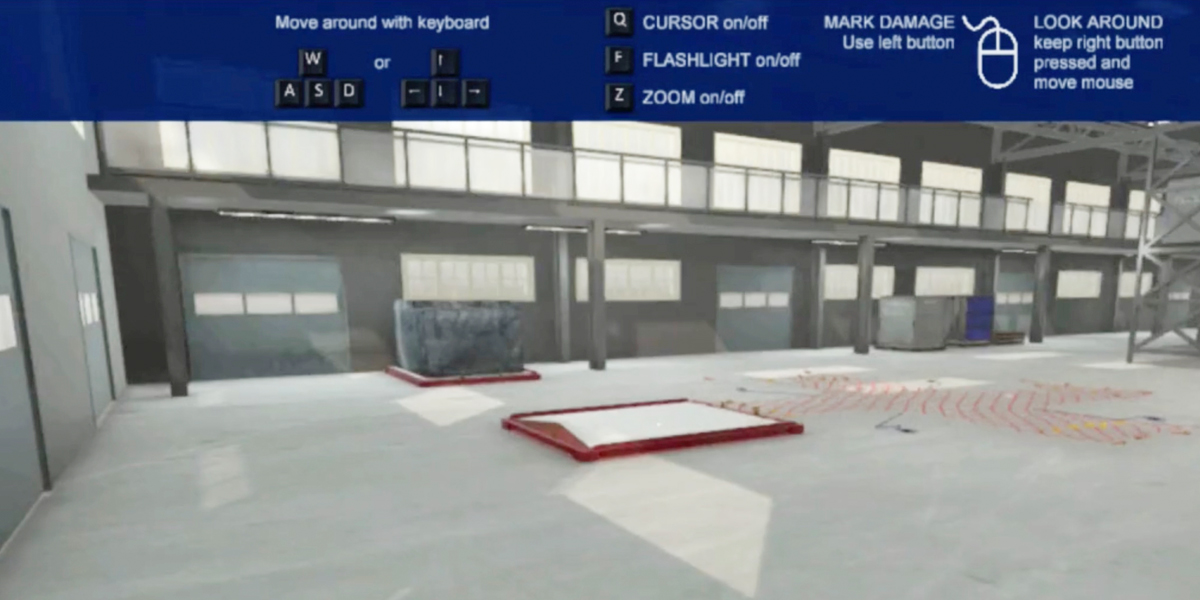 And while we are putting a great deal of focus on these two exciting new projects, we are also pushing forward with our virtual reality training project in collaboration with Airport College. A short introduction video is now available. If you wish to view the full  video including video screen capture of the VR process, please use the contact information at the end of this video to receive a password for video access.

We can all agree that the annual ULD CARE conferences are something to look forward to, an opportunity to meet face-to-face with ULD managers from around the world, and to hear about industry developments firsthand. It is therefore particularly sad that we could not hold such an event in 2020 or 2021.

However, we are now preparing to host an online event in early November, and the good news is, it will almost certainly NOT be a Zoom event. We are now looking into various other web-based platforms that can provide a greater flexibility for breakouts and communal activities, though of course, we will not be able to serve coffee! Watch this space for more information in the coming weeks.

We are crossing our fingers and toes that we will be able to host a physical event in 2022, probably in the traditional early fall period and most likely in Europe. I’m sure we all hope that travel will be a great deal simpler by that time.

As mentioned, it has been sad to see a number of people from the ULD management community moving on in the last 18 months. This month, Cornelius Sullivan retired from his role in ULD Control at Qantas after no less than 37 years of service! We suspect his name is familiar to a great number of our members.

Sadly, Virgin Atlantic has informed us that they no longer wish to be a member of ULD CARE and the IULDUG System.  Our airline members should take note that the system will no longer handle any transactions that involve VS or VS units. They  should bear this in mind when undertaking interline transfers with VS.

Ending on a brighter note, we are pleased to announce that National Airlines from Miami is joining ULD CARE. Welcoming a new member is always good news.