Pallet extenders or “wings”, as they are commonly called, have been in use for many years, providing an effective method to increase the useable volume of pallets in lower deck positions. Generally available for use on any size of pallet, these are most commonly used on PAG/PMC and also PKC (A320) pallets.

However, overhanging lower deck pallet loads are not without problems, most specifically where the load collapses during surface or air transport. This can lead to all sorts of problems, such as:

All of which can be avoided by the use of pallet wings.

The basic requirements for pallet wings are that they shall provide adequate support under the overhanging part of a loaded pallet, yet shall be capable of being folded down when not in use so that empty pallets can be stacked on top of each other. This is a simple enough set of requirements but as always there are more than a few details to be considered.

The IATA ULD Regulations Section 60/1 contains a comprehensive set of technical specifications that have been developed based on SAE AS 1988. There are no separate certification requirements published for pallet wings.  They are considered as part of the pallet load when contained inside the pallet and net assembly. 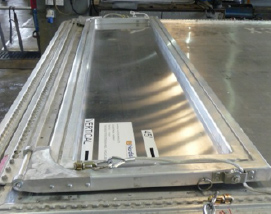 often for “one way” use; however, before long, a number of ULD manufacturers developed designs fabricated in aluminum that are both stronger and more durable. The basic concept for most pallet wings is that of an aluminum frame which is hinged along its lower side. The bottom of the wing is attached to the pallet seat track through 2-3 hinged brackets and the angle of the opened wings is controlled by cables that run from attachment points (locked 2 stud fittings) on the long sides of the pallet to the sides of the wings near its top.

Designs vary but in general, pallet wings can be adjusted to suit both “U” (B747) , “F” ( most other wide body) contours as well as offering a vertical position and, for stacking, a folded down position. There are also some designs of pallet wings that use a mechanism to provide a horizontal shelf configuration rather than a sloped panel.

While a pallet wing may seem a simple enough device there are a number of considerations required for their proper use:

Never use a pallet wing that has any of the damage listed above.

Pallet wings or extenders provide the industry with an effective method  by which the maximum contour of aircraft lower holds can be utilized without the use of structural containers and without  incurring the risk of overhanging loads collapsing during either the surface or air transportation. 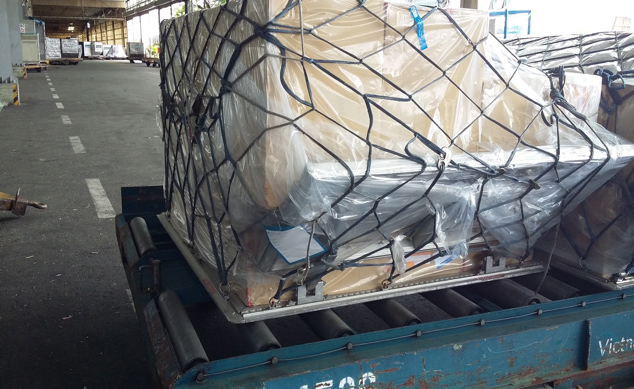 However, like any item of ULD, they require proper use and attention, and failure to follow simple procedures can lead to significant consequences.