It is only three newsletters since we last published an article on fire containment but this is such a high profile and fast changing issue for the industry today that it seems appropriate to revisit the subject on a regular basis. 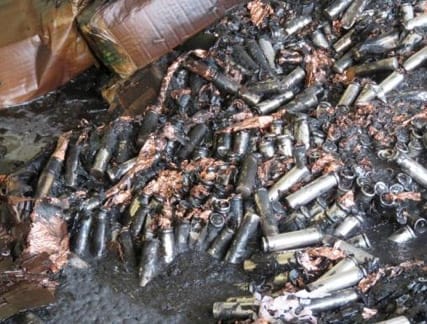 First and foremost, and almost to state the obvious, there has not been the slightest reduction in the risk. Yes, there are all sorts of warnings out there about the danger of Lithium batteries, it is now common to see notices at airport check-in counters and also at post offices in many countries, and there is no doubt that such efforts are extremely necessary and will hopefully yield good results. Also in recent months a number of airlines have implemented various embargoes on the carriage of Lithium batteries, however, on the other hand the growing use of this type of battery in multiple applications continues and  fires, fortunately on the ground, are still occurring, highlighting the ever present risk of an uncontrollable in-flight fire.

So what is happening in the industry?

Starting at the regulatory side, probably of most significance was the International Multidisciplinary Lithium Battery Transport Coordination Meeting held in July this year under the auspices of ICAO. Unfortunately there was no representation from the ULD design/manufacture industry present and from the published minutes (http://www.icao.int/safety/dangerousgoods/pages/multidisciplinary.aspx), we can find these comments:

a. Cargo operators and others are developing cargo containers that are fire resistant

b. These containers have been shown to be effective against normal combustibles.

c. Tests with lithium ion cells have resulted in explosions due to gas build-up.

d. Tests with lithium metal cells have been largely unsuccessful.

e. These containers may prevent Halon1301 from penetrating into the container when used in a Class C compartment.

f. These containers may extend the time from fire ignition to detection by containing the smoke within the container for a period of time.

a. These are covers designed to be installed over palletized cargo.

b. These covers have been shown to be effective against fires involving normal combustibles.

c. Tests have shown that these covers are not successful at containing a lithium metal cell fire.

d. Tests have shown that the covers have mixed success at containing lithium ion cell fires.

There are a number of relevant observations to these comments: 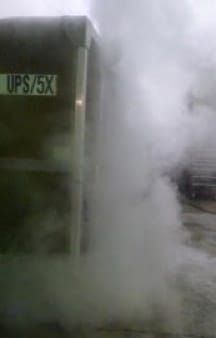 1) 4 e and f. These comments regarding both the containment of smoke inside the FRC and the blocking of Halon from outside the FRC overlook the fact that these supposed conditions would also apply to any standard cargo container, and also overlook the fact that all cargo containers have a certification requirement that they be able to allow air to escape in the event of an in-flight decompression of the aircraft, and that these openings will provide access for smoke to escape and Halon to enter.

2) 5d. Tests carried out recently by at least one FCC OEM successfully demonstrated that the loaded pallet under the FCC, containing 1500 Lithium batteries placed in varying locations and simultaneously ignited, was able to contain the fire for the required six hours.

3) 4c. Since the issue of gassing and the subsequent explosions came to light during testing earlier this year considerable efforts have gone into finding methods by which FRC can contain/survive such explosions and it seems likely that this issue can be overcome.

It would therefore seem that many of the concerns raised in this ICAO meeting were done so in the absence of specialist ULD knowledge.  We hope actions will be taken to correct this kind of misunderstanding by the time of the next meeting of this group.

Meanwhile there is a considerable amount of activity on the technical side.

Extensive testing of various aspects continues, leading to some challenging outcomes. The best known of these is that tests now show a test FRC exploding unexpectedly, due to gassing from burning batteries. This discovery has led to a fresh set of challenges for FRC design, but seems not to be an issue for FCC. At the same tests on the effectiveness of Halon (the gas used for fire suppression in Class C compartments) seem also to indicate that Halon is not effective in extinguishing fires involving Lithium batteries.

On the standard-setting side of the subject, work is progressing with the creation of the necessary FRC standard, with an SAE meeting being held mid-October. The ambition remains that such a standard will lead to the publication by the FAA of a TSO for FRC in the near future.

One potential area of concern for the industry is probably that while the initial standards were established against a Class A fire, which is one where general cargo is ignited (either by a lithium battery or by some other source), there is a general recognition that shipments involving multiple batteries are very common. There are of course multiple variations here, the quantity and type of batteries, the state of charge, the location inside the pallet, so the establishment of a standard could prove extremely challenging.  However, what has been established in recent months through a number of ad hoc tests run by different OEMs with multiple (>1000 batteries) is that at least some current FCC designs are fully capable of handling this more challenging containment requirement which is encouraging.

There will probably be a need for another article on the subject in the not too distant future as things develop and ULD CARE will do its best to keep our members and readers informed on this very challenging and fast changing subject but in the meantime, we leave our readers with 3 thoughts:

The first is that FCC/FRC may well not be the total solution, and to expect that much from them is probably expecting too much, the deployment of FCC/FRC as method of mitigating the risk of lithium battery fires is as one part of a multistage approach, that starts with DG regulations and finishes with the aircraft, with the ULD in the middle. 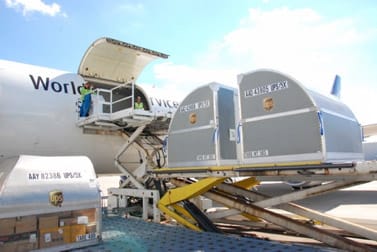 The third is that it would seem that airlines may need to move from viewing this as a choice whether to adopt the use of FCC/FRC and instead of seeing it as a choice between what level of protection they are comfortable with and how soon they wish to implement that protection.