Over the past few months and indeed few years, there has been an enormous amount of discussion in various forums regarding the risk associated with the carriage of lithium batteries on-board aircraft.

This is a subject which is very much “work in progress” and for which any article cannot be much better than a snapshot of the current position. However it seems appropriate for this issue of the ULD CARE newsletter to try to lay before our readers an overview of this complicated and challenging subject.

Lithium batteries are products well-suited to today’s continuously connected generation. They can store very large amounts of energy in a very small physical package, so enabling extended times between charge for your mobile phone, computer, camera, as well as providing a source of power for a vast range of toys, e-cigarettes and indeed just about anything that requires a source of electricity.

While having tremendous upside, their downside is that by packing ever-increasing amounts of energy into ever smaller batteries there is an ever-increasing risk of an uncontrolled discharge which will generate very considerable heat.

While an uncontrolled discharge by one of these batteries should be prevented by the internal safety mechanisms, there are unfortunately very large numbers ( as high as 50% by one industry account) of batteries carrying counterfeit markings, and it is these batteries which, hidden away in a toy or any other electronic device, provide the highest risk of a fire.

Given the vast amounts of electronic products which travel by air, this is clearly a matter of very considerable concern to the aviation industry and huge amounts of effort have been and continue to be put into dealing with this problem. With all sorts of different initiatives being rolled out, you may have experienced this when you are questioned on check-in about what batteries you are carrying.

From the ULD perspective, the issue boils down to trying to provide physical protection against a fire at the ULD level within the aircraft during flight, and this is the subject that we are addressing here.

Actually the use of ULD level protection against fire is nothing new.  In the aftermath of the 1987 South African Airways 747 Combi crash caused by an on-board fire in the upper deck cargo compartment, operators of this type of aircraft were required to use fire covers on those ULD being carried in the upper deck compartment. The use of this heavy, expensive and difficult to use equipment caused airlines a great deal of difficulty and was probably a contributing factor to the loss of popularity of this type of aircraft-with very few 747 Combi aircraft  remaining in use today.

The current levels of concern surrounding the subject stem from a number of very serious fires that have occurred in the last few years along with a large number of smaller “near miss” events and there is more than enough evidence that considerable risks exist.

In order to understand the subject, one needs to break down the problem into sub problems:

1)   The single undeclared battery starting a fire (known as a class A fire, e.g. the fire is in straightforward materials such as packaging and other not particularly combustible materials), located in the class C lower deck compartment having both fire containment and fire suppression built into the aircraft is considered to be the lowest risk as there is a high potential for the fire to be extinguished within the hold.

2)   The single undeclared battery starting a Class A fire in a ULD located on the main deck is a completely different story as there is no protections built into the aircraft, and it is this type of fire that the current generation of Fire Containment Covers (FCC) and Fire Resistant Containers (FRC) are intended to control.

3)   A large consignment of batteries  located in a class C Compartment presents a completely different challenge, as not only is the current fire suppressant, Halon, not effective against such fires but there is also the scenario where such batteries, once they start burning, can release significant amounts of gas which can lead to an explosion over and above the fire.

4)   A large consignment of batteries located in the main deck compartment presents basically the same risks as in (3) above however due to the larger physical size of shipments on the main deck the risk may be increased due to a larger volume of such batteries.

From a ULD perspective after a considerable number of years developing both standards and products, the situation as it stands today is as follows:

1) Following the normal route for establishing a new TSO an SAE standard for FCC has been established for some time now and this has led to the FAA issuing TSO C 203. Now as with all TSO certified items, the TSO is simply a statement of performance and does neither require the use of the item on the aircraft nor does it necessarily allow the use of the item on any particular aircraft. Its installation is always subject to the applicable aircraft rules. At least having the TSO there is now an established and recognizable industry-standard for all to follow. 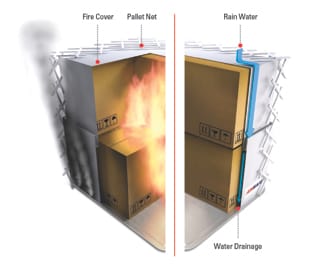 2) Standards for a Fire Resistant Container (FRC) are following along the same development track. The current expectation is that the necessary SAE standard will be completed by the middle of 2015 at which time the FAA will take the necessary steps to embody FRC into a new version of the most basic ULD TSO C90, which will be issued as TSO C90e sometime around the end of 2015. 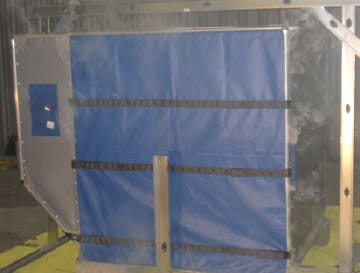 It must be understood that these TSO’s are for products that can contain a class A fire, the type most typically arising from an undeclared battery starting a fire in a ULD loaded with mixed cargo. These products will not work with a fire in a larger consignment of Lithium batteries.

The industry can therefore take some comfort in the fact that by the end of this year the necessary regulatory standards will have been established to enable the use of either FCC or FRC against the risk of a single battery starting a class A type fire. It only remains for airlines to make the decision whether or not to put these into service.

There still however remain considerable areas of uncertainty including but not limited to: 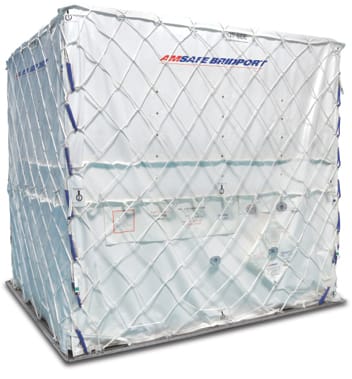 To summarize the situation as far as standardization and certification, it can be safely said that things have moved on considerably in the last couple of years. The FCC now has dedicated TSO standard and the FRC will shortly be embodied into the new TSO C90e. However this is not by far the end of the story. The containment of bulk lithium fires remains a major challenge, with the current lack of a required performance test standard being a major block to progress.

No discussion on the use of FCC/FRC would be complete without mention of the operational challenges that these products introduce. Probably everyone is aware of the less than satisfactory practices so frequently applied to ULD operations in cargo terminals and freight forwarders’ facilities.  It therefore should not come as a big surprise to hear that, when these expensive and damage control critical products are introduced into the cargo environment, the outcome is disappointing. Losses, damages and, above all, a complete lack of understanding of the important safety functions that these products are designed to provide will bring about a strong counter current against the airlines efforts to ensure the safety of their aircraft, crews and passengers. This situation is not going to change overnight but equally it cannot be allowed to remain the way it is.

For individual airlines to try and change the manner in which their equipment is handled will always be difficult. This needs an industry level focus with some heavy lifting from all sides if the use of FCC/FRC is going to avoid becoming a huge financial burden on the airlines. At the end of the day, however clever the industry is by creating standards and however clever the manufacturers are at designing products, if the usage of these products in the field is performed without the appropriate levels of care and responsibility, the whole exercise will have been for nothing.  This should be food for thought for the entire industry as surely nobody wants to see another accident caused by an on-board fire.

ULD CARE does not try to position itself as a subject matter expert in this regard but we do believe but we can be an effective communicator to the industry at large as matters develop, so please expect more articles on the subject as time goes by.

This is a rather lengthy article by our normal standards but that is the nature of this whole subject. This is not a matter that can be covered with a couple of sound-bytes. There is already in existence vast amounts of documentation on the subject and no doubt there will be more in the months and years to come.

In closing, when measuring the availability of solutions to combat the risk of on-board fires, the industry can probably say that progress has been made and momentum is building up. There is far more knowledge on the subject than just a few years ago and there are good grounds to believe that the future will see more such progress. For the safety of our industry, let’s hope so.